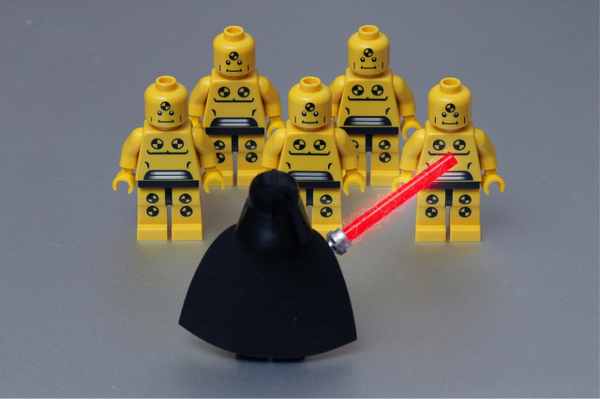 In our blog post „Test Angst“, we discussed the fear of product tests damaging a company’s market reputation. This time is gets actually scarier. There is a Test Angst II sitting in every one of us that is even harder to overcome. This angst triggers statements like:

In these statements a fear speaks that our great idea is not as good as we thought, that all the hard work and time we already put into a project was not well spent, that we will miss predefined deadlines and financial targets. Many people who gladly pull out the phrase “fail early and often” do not find it so cool anymore, if they are the ones failing (often).

From our perspective there are two main reasons for this angst:

Think of your last product test: Did you test to convince yourself and/or others or did you test to check critical hypotheses and to become more customer centric?

An example: At a Design Thinking workshop we stressed the point of prototypes for getting interaction in a company going, no matter what the result. We did not want to build prototypes to mainly validate our product idea, hypothesis or assumption, but we wanted to honestly test it. Still nearly all participants who only spent a rough 30 minutes into creating a prototype tried to rather coerce and perusade people into liking the prototype than getting honest feedback. Although there was nothing at stake and we really stressed the point of ‘get the interaction going’.

While trying to avoid the ROI trap will in most companies feel like fighting windmills, overcoming your personal Test Angst 2 is not impossible. Once you acknowledge that it exists, you can do something about it:

Most importantly: Only constant effort will let you fight your personal Test Angst II. Team up with like-minded people around and show with some first small initiatives what is possible. Only this can result in a growing movement in your company proving that agile learning is a true alternative to conventional decision-making. Over time a failure culture should emerge where a falsification of a hypotheses is a highly valued outcome and not a reason for punishment. This would be the end of Test Angst 2.