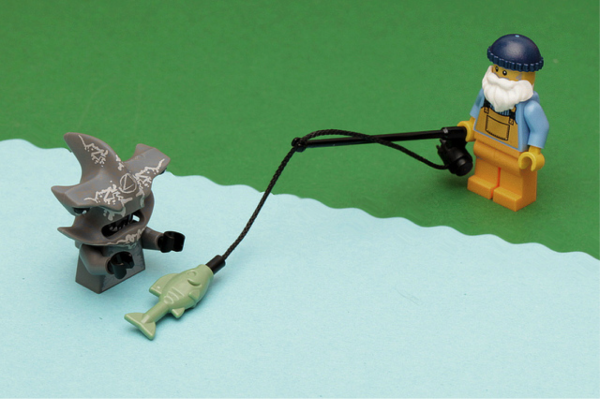 Revenue and profit pressure can be used in appositive, productive way. It potentially helps to concentrate on stuff that really matters, to quickly go through the phase of product/market fit and to realize a truly scaling business model. In big enterprises however this pressure often turns into the very opposite, becoming a long-term problem that even can jeopardize whole businesses.

On the journey from a mere vision to a scaling business model, revenue ideally grows as shown in the following diagram. After a difficult start the model begins to fly, then has a phase of increasing growth rates before revenue slowly settles down on a certain level. Problems will arise when the phase of diminishing growth rates is hit. Don’t online business have a natural right to have ever increasing growth? This is when the Innovation Funnel should constantly burn at the latest. But in practice something very different happens: When time pressure becomes too high, finance planning takes over company planning and pushes all other departments around.

For product management this often means that customer benefits and thus the core of the whole business steps into the background. Feature by features is puzzled into the product – first the most trivial promising the easiest revenue. Unfortunately, these are the dirty deals, which actually no one wants to do, since they overcomplicate and dilute the product.

But the real problem of this tactic is that it succeeds at the beginning. Every new feature somehow makes a bit additional revenue. The result is featuritis: Features and complexity grow exponentially, but revenue lags behind. At some stage a point of no return is reached: The additional revenue contributions of the nitty gritty stuff in becomes so big that it forms a significant part of the total financial plan. All those features cannot be removed any longer without causing real damage. However, exactly this should happen since a clear direction is no longer visible and sales has had some serious problems getting the message across for a long time already.

Now expectations for the “next big thing” are running high in order to get rid of all the sins from the past with one single blow. But this thing won’t appear – the company would have already build it a long time age when it would have been capable of doing this instead of just adding feature by feature. The more time passes, the higher the expectations rise up – a deadly spiral blowing away all trust between management and team and finally between shareholders and management.

Every business model reaches an equilibrium at some point where customer value and a certain level of revenue / profit are balanced. Naturally, this equilibrium is not constant over time but is influenced by many factors. The crucial thing is to exploit this threshold in a best possible way without damaging the model behind it. Once the boundary is reached, a new model must be born or the old model intentionally be tweaked.

Those putting revenue targets before customer value are much more in danger to run into a sustainable featuritis that brings the whole system out of balance. But this does not mean that financial bars should not be raised high, often product managers complain way too much about the “bad finance” people. A still manageable revenue / profit threshold is often considerable higher than initially thought. It is crucial to get to this level in a controlled way, putting much emphasis on growth that is still in line with the intended model.